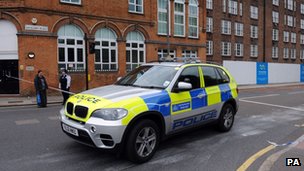 Drummer Lee Rigby was killed near Woolwich Barracks on Wednesday

There has been a huge increase in anti-Muslim incidents since the murder of a British soldier in Woolwich, an inter-faith charity has said.

Faith Matters, which runs a helpline, said they had received 162 calls since Wednesday’s attack, up from a daily average of six.

A number of people have been charged after allegedly offensive comments were made on social media websites.

Click here  to continue reading this story, including an allegation against M15 from one of the alleged murder’s friends.